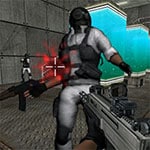 Your zone to play free online Army Games no download:

Play free online Army Games without downloading at Round Games. War is not pretty. War is brutal and costly. To be a soldier or a commander requires dedicated, skill and an unparalleled level of discipline. If that sounds to strenuous, then why not try out some of our amazing army based browser games instead! Those games are some of the most popular types of browser titles available on the web. In general gamers simply love being thrown into the middle of a battle and using a variety of weapons and vehicles to outwit and destroy their opponents. There is something immensely satisfying about gaining the upper hand and executing a perfect military man-oeuvre to vanquish your foe.

Play the best free online Army Games at Round Games:

War Heroes France 1944 is a tactical team arena shooter game. You are a elite US squad and your job is to to carry out dangerous missions after the Allied landings in France, 1944. Defend yourself against waves after waves of stickmen army in Stickman Shooter Game. Blow away advancing stickman army to protect your base. Earn money to upgrade your weapons. Also try GoodGame Empire which is a great strategy game by Goodgame Studios. Build your own castle, create a powerful army and fight epic player versus player battles on a dynamic world map.

We have collected some of the best free online Army Games to play now without download on Round Games. These games include browser games for both your computer and mobile devices. So enjoy and have fun.