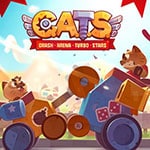 Design and build your own battle robot and unleash its power in the arena against other players in this stylish PvP game CATS: Crash Arena Turbo Stars! The cats are at war, but they are not fighting directly. Instead, they design and build powerful battle bots to crush each other. In CATS: Crash Arena Turbo Stars, you have the opportunity to take part in this fierce cat competition. Create a battle bot masterpiece and beat your enemies! Use your creativity and imagination to combine and upgrade dozens of parts, weapons, and gadgets to create an ultimate combat robot. Dominate leaderboard to move into the next stage of the World Championship. Compete against friends and share the best battles!

This game is one of our Action Games at Round Games. It also tagged as a battle and arena game. To play even more free games, view our most played and all games pages. If you want to play more games like CATS: Crash Arena Turbo Stars Game: Then you can simply check out the games inside the game tags that are the most relevant to your interests or check the Action Games category or check the related games section at the end of the game page.

Also make sure to check out Body Builder Ring Fighting Arena Game, you may enjoy playing it. 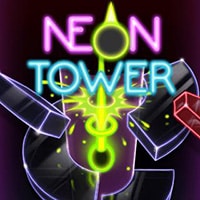