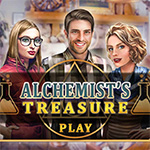 Alchemist’s Treasure Game: Alchemy is an ancient branch of natural philosophy that is mostly known by alchemists’ attempts to purify, mature, and perfect certain materials. Or more concretely, for their attempts to turn metal into gold. Also, they are known for the creation of solutions capable of curing any disease. And the development of an alkahest which is a universal solvent. We have to admit that this is a really interesting philosophy. Maybe not that so applied today. In Alchemist’s Treasure Game: Amanda, Michelle and Steven are three friends who are fascinated by the alchemists’ ideology.

They read a lot about it. Always look for some old books that explain this interesting theory. But also, they love meeting people who are also into this. One day, the three friends discover that in one old abandoned house that is located near their city, a certain alchemist named Charles was making his experiments. Amanda, Michelle and Steven have information that Charles really succeeded to make gold out an ordinary metal. Today in Alchemist’s Treasure: Amanda, Michelle and Steven are in Charles’s house. They have a task, to find the alchemist’s gold. And make clear once for all, if those rumors are true or not. You can play this game on all devices. So enjoy and have fun in playing Alchemist’s Treasure Game.

Also make sure to check out The Shadow’s Treasure Game, you may enjoy playing it. 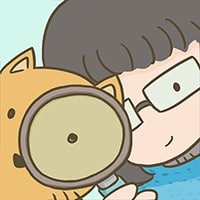 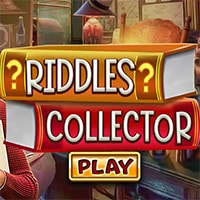 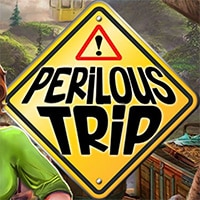